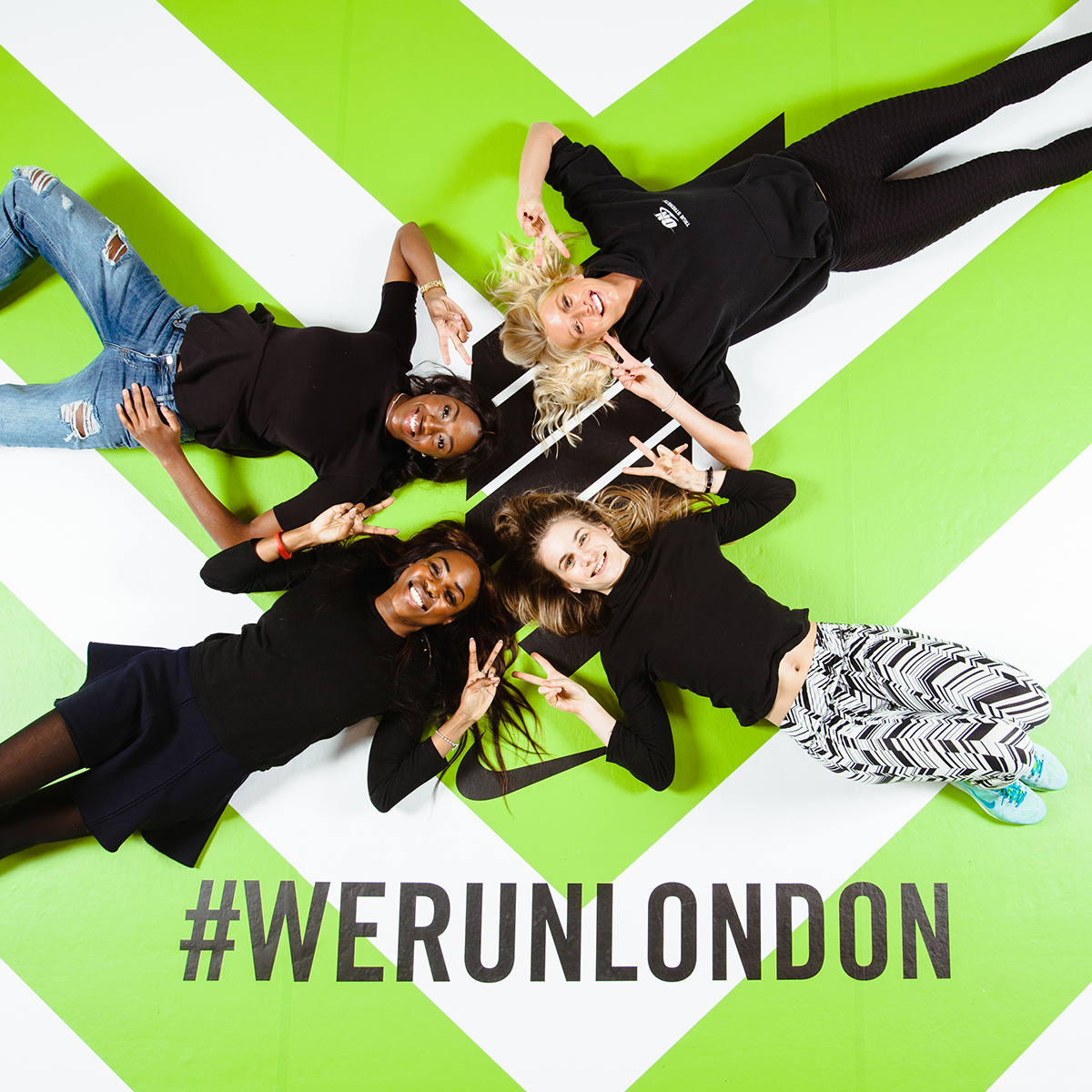 I am an experienced runner but believe it or not, this was the first time that I had competed in a race. I don’t know why I haven’t competed before but after taking part in the We Run London Race, I am already looking for another race to enter.  It was an incredible experience and I managed to complete the 10km course in 42 minutes and 3 seconds.

I started my day by eating oats for breakfast as I messaged my friends about the day ahead. “Are you wearing shorts? Free run 3.0 or 5.0? Should I have a coffee now or just before the race?” We were all feeling a mixture of nerves and excitement but, as I made my way towards East London and saw girls in their peach coloured Nike tops, my nerves began to shrink as the excitement grew. 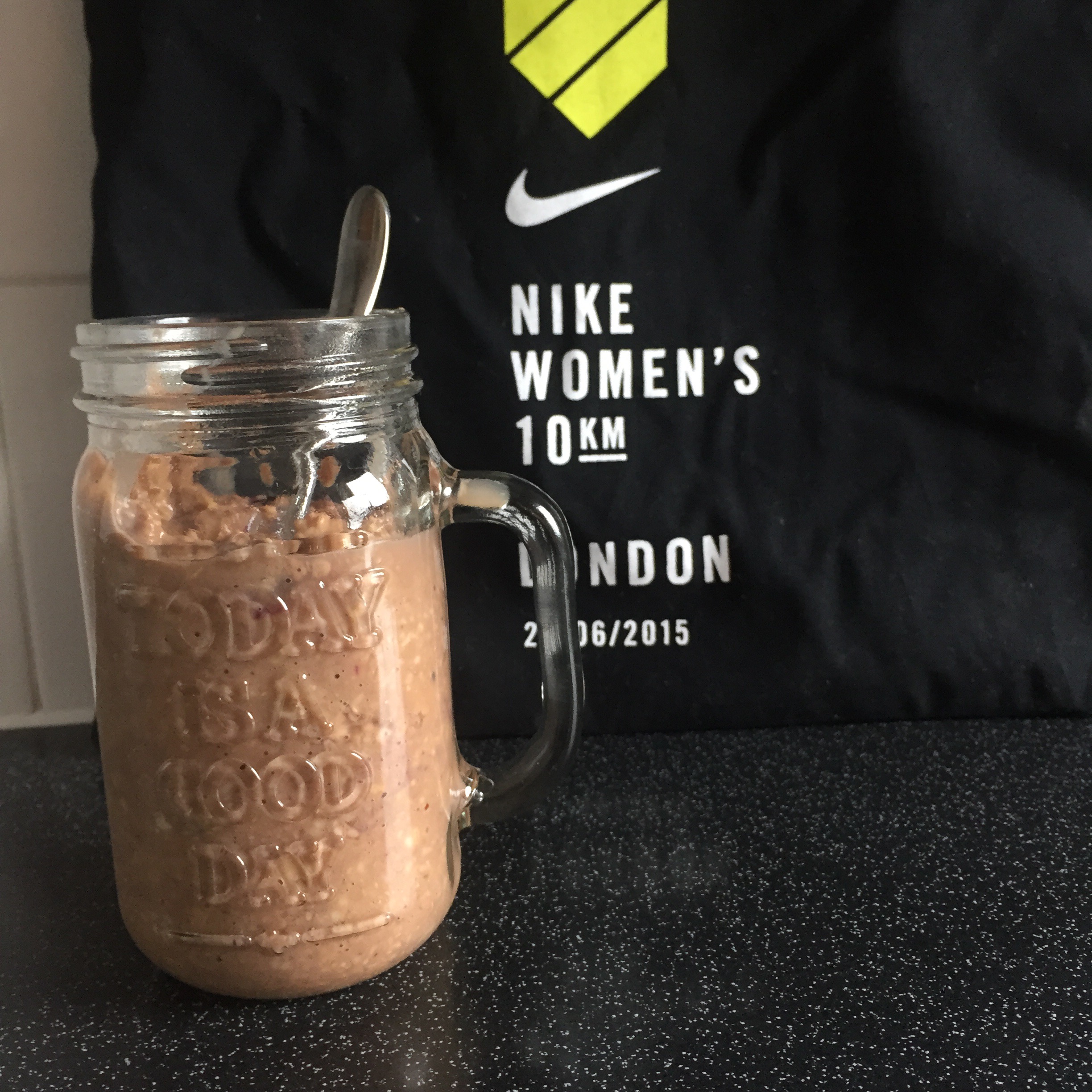 Nike transformed Victoria Park into a fitness festival. Food stands and stalls covered the grass and live music helped us to block out any pre race nerves that we may have been experiencing.  After a quick warm up with Nike’s master trainer Sonja and a few words of encouragement from Ellie Goulding, it was time to run! 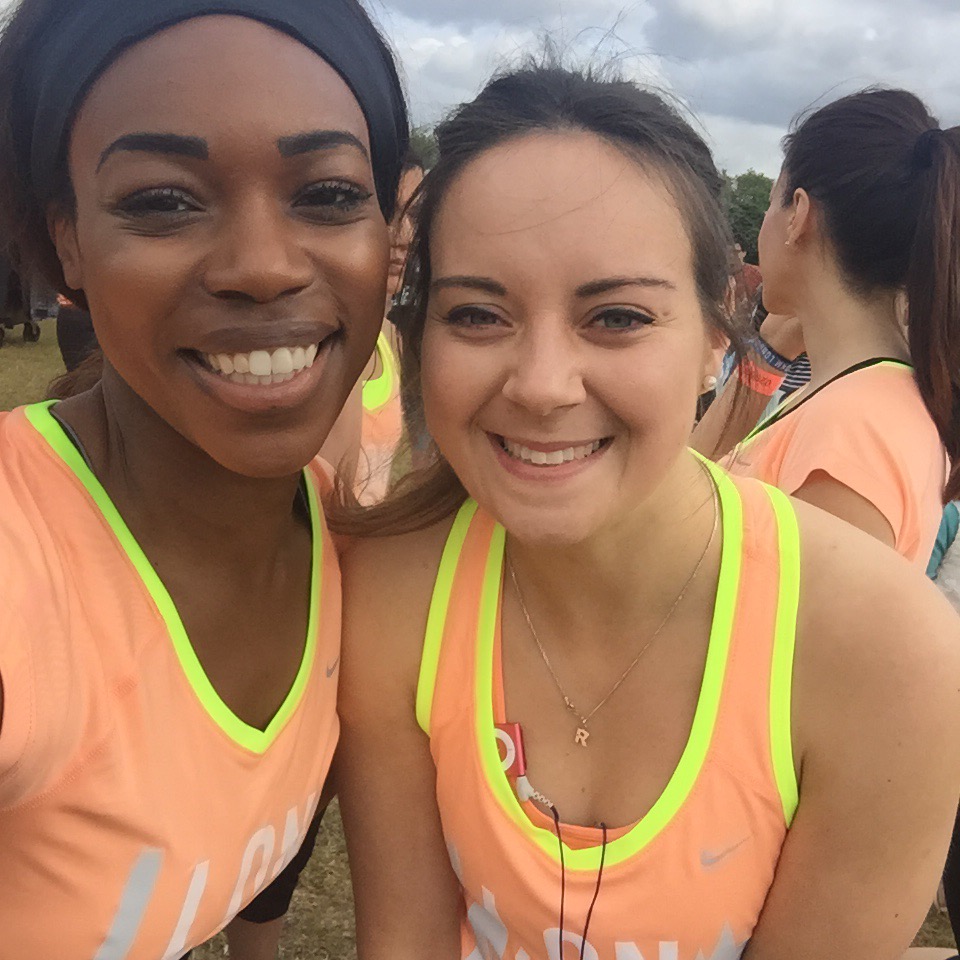 My first kilometer was fast, the adrenaline had kicked in and I wanted to get out of the crowd so I set off like a rocket and did the first kilometer in 3 minutes and 48 seconds. After I had broken through the crowd, I gradually slowed down to a more comfortable pace of 4.03 minutes per a kilometer and that’s when it started to sink in..I was actually doing my first 10km race!

It was frustrating and I lost a bit of time but once we hit kilometer 8, the gaps widened and I was able to pick up my pace as I headed towards the finish line. After I crossed the finish line and caught my breath, I felt a huge wave of achievement… I had just ran 10km in 42 minutes, with very little training… pass me the champagne! 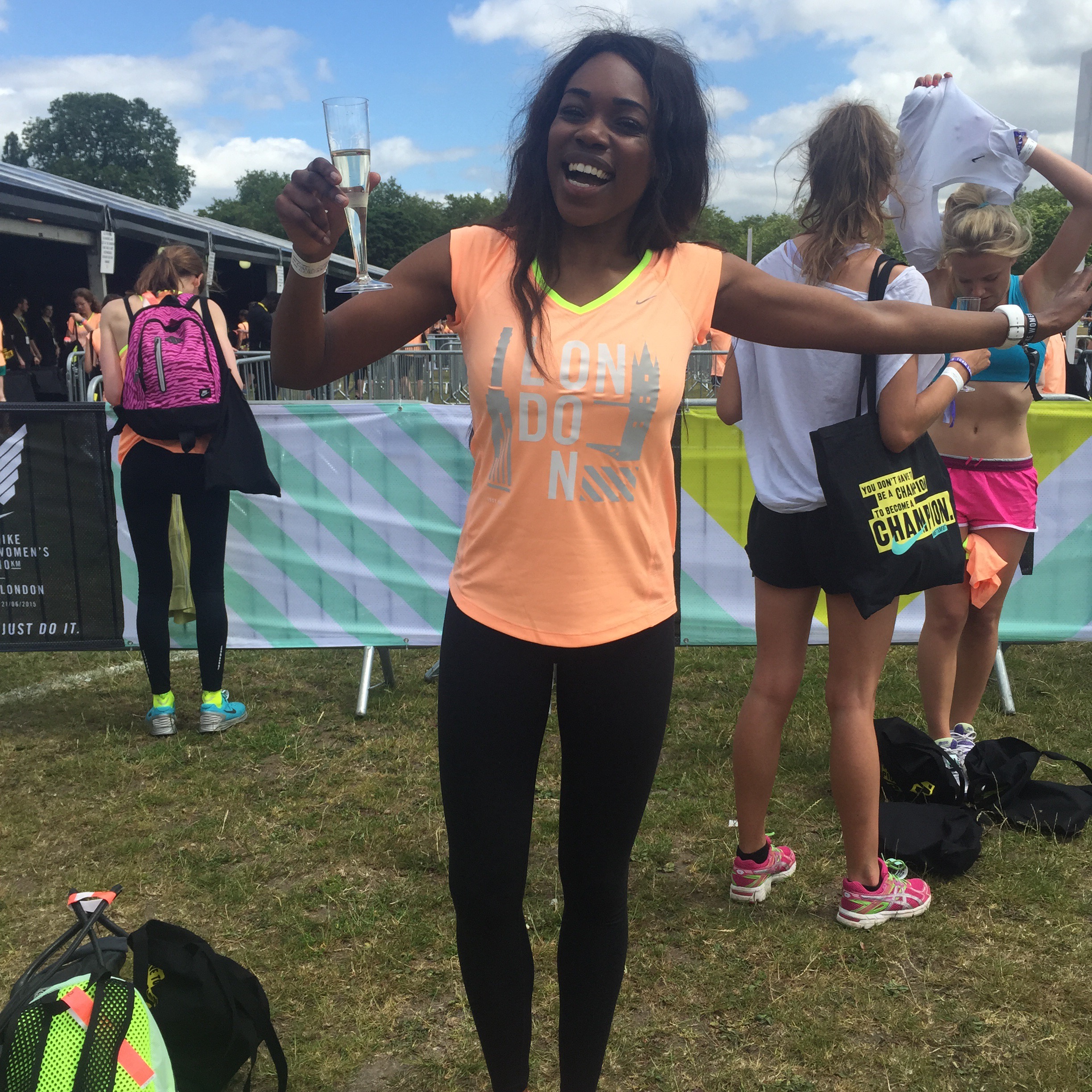 Cpress, Pip and Nut and Vita Coco were on site to provide us with a more nutritious post workout snack, and the Equinox team took us through quite an intense cool down. 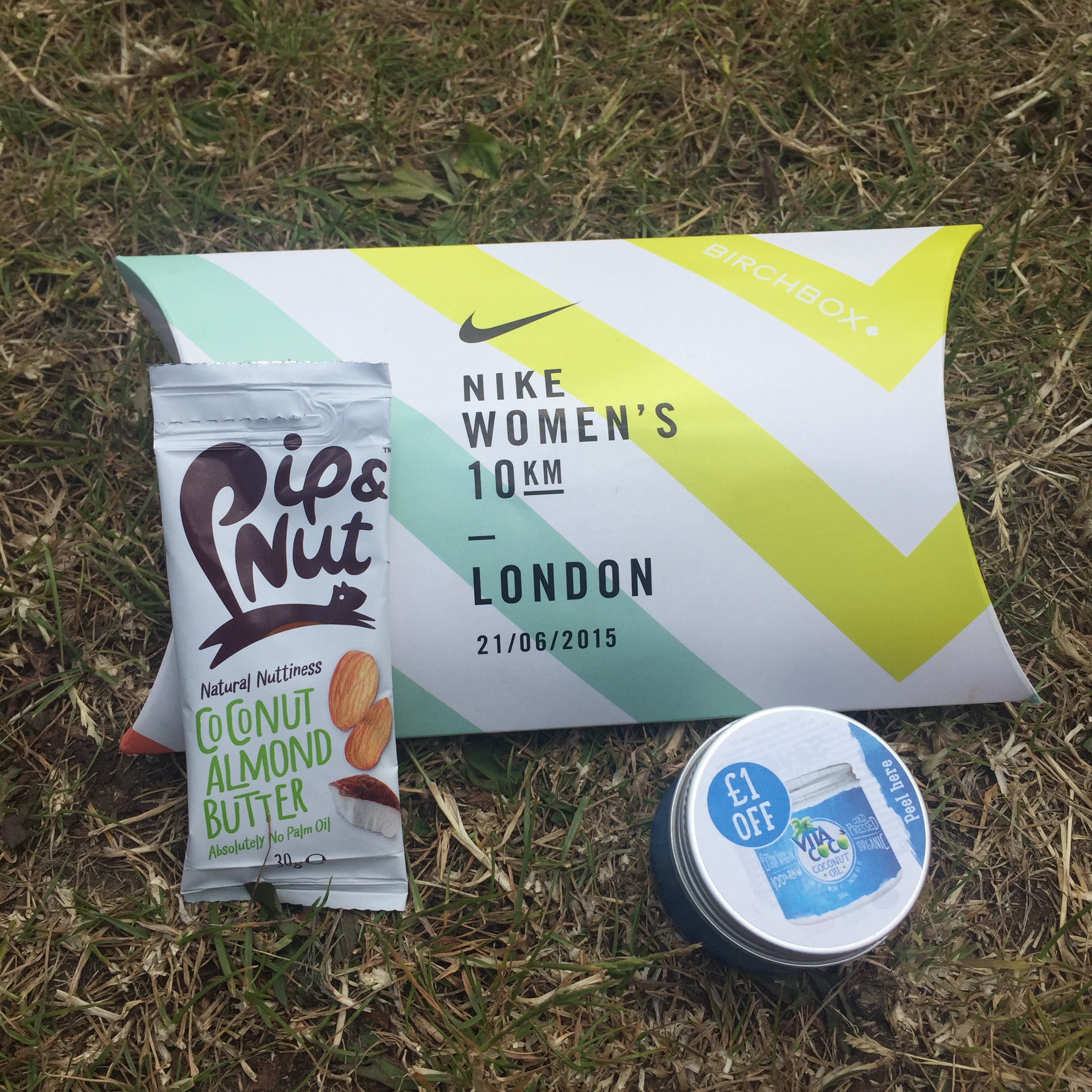 Radio 1’s Carla Amfo was playing some of my favourite summer tunes and the sun was smiling as we relaxed in Victoria Park. My muscles felt sore and my eye lids were starting to feel heavy as I sat in the sun but, I enjoyed every minute of it and I am looking forward to next year’s race.

Who runs the world?!